Dhiren Pereira, the General Manager at The Oberoi Mauritius

This week, we have a pleasure to introduce our General Manager at The Oberoi Mauritius, Mr Dhiren Pereira, who recently visited the Nordic Countries with Johanna:

Dhiren Pereira, the General Manager at The Oberoi Mauritius, is an Indian born Australian national with a hospitality career spanning over 16 years.

A graduate from the Oberoi Centre of Learning & Development where he obtained the M.S. Oberoi Gold Medal for his performance, Dhiren spent his initial 9 years with the Oberoi group in different locations namely, Mumbai, New Delhi, Cochin, Bangalore and internationally in Mauritius. He then took on an assignment in Australia with Palazzo Versace on the Gold Coast – the world’s first fashion-branded hotel, where he spent 3 years. He was General Manager at The Oberoi, Sahl Hasheesh on the Red Sea coast in Egypt where he managed a 102 all suite full service luxury resort for the past 4 years.

Dhiren possesses an extensive experience in handling the luxury leisure market with his most recent stints at The Oberoi, Sahl Hasheesh and the highly acclaimed Palazzo Versace on the Gold Coast in Australia. His travels to numerous countries around the globe have enriched his experience of different hospitality concepts.

He has a strong service philosophy and as stated by him – “I believe every single interaction with guests is about creating a special memory for them”. His strengths include team engagement, attention to detail, maintaining a competitive edge through innovation of processes and products and guiding the team to provide consistent exceptional service while leading by example. He is the eternal optimist! 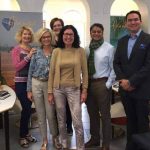